The Hurom Juicer HH11 Elite second generation is very latest Hurom juicer released in 2014 and the long awaited upgrade of the Hurom HH 700. The new Hurom HH is able to achieve the highest juice yield of any vertical masticating juicer we’ve tested on the market and produces smooth pulp free juice thanks to the low 43 RPM motor and completely redesigned parts including the double winged augur using the Hurom slow juice (SST™) Slow Squeezing Technology. The New Hurom HH11 Elite also features the long awaited pulp control lever on the front of the Drum which allows for just the right amount of fibre for your taste and allows you to make a variety of mixed drinks including smoothies.  The HH11 Elite features 100% BPA free parts and includes both fine and coarse juicing screens as standard, the Hurom Recipe book and Hopper lid for dust-free storage.

Hurom invented vertical masticating juicers leaving the other Juicer brands playing catch up for the past 5 years as they try to copy and mimic Hurom’s design, the latest Hurom Juicer HH11 Elite once again sets the benchmark for design, innovation and quality in the increasing crowded juicer market. The Hurom Juicer HH 11 2nd Generation Elite was awarded the Reddot design award in 2013 and is the accumulation of over 40 years of experience from the world’s leading slow juicer company.

Energiseyourlife is proud to be an Official UK Distributor for Hurom Juicers.

Hurom’s innovative technology is the result of over 40 years of research into juicing. Traditional juicers use sharp blades rotating at high-speed to grind the fruit and vegetables. This heats up the food, causing oxidation and destroying the very nutrients and enzymes people are hoping to extract. The Hurom Slow Juicer uses patented world-first technology (SST™) that slowly squeezes maintaining a low temperature and helping preserve the natural taste and nutrition of your fruits, vegetables and leafy greens.

The Hurom second generation slow juice (SST™) Slow Squeezing Technology preserves even more of the natural fresh taste and rich nutrition of your juice by causing as little as possible oxidisation to the juice this is achieved by using a new auger design and a new motor that rotates at 50% the speed of the original motor system at only 43 RPM’s. As a result the new Hurom HH11 Elite is able to achieve higher juice yield compared to its predecessor the HH 700 and also a much smoother pulp free and foam free juice. While the RPM is nearly twice as slow as the HH 700, the new HH 11 Elite augur features a double winged augur that creates a double cut during rotation so as not to slow down the Juicing  process and renowned  convenience of the Hurom juicers.

A new drum with pulp lever and pulp outlet 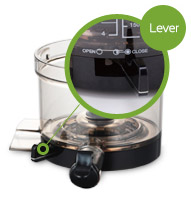 The entire drum assembly has been redesigned and with the addition of a Pulp Lever, on previous models the Pulp outlet was controlled by a flap on the base of the drum guide, this feature can now be controlled from the front at varying levels. The new pulp control lever and juice cap makes it possible to customise your juices and smoothies for just the right amount of fibre for your taste and for smoothies. The pulp ejection chute is also now larger leading to less clogging. 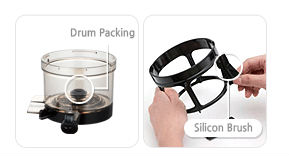 The New Wiper blade system eliminates the old cog and wheel mechanism as seen on older models giving a more integrated system with less clogging, cleaning and potential damage to the working parts.

Like previous models clean-up is easy with the Hurom, if you want to keep using your juicer but need to give it a rinse in-between juicing different ingredients, simply pour water through the machine while running as normal and close the juice cap. The water will flush out most of the remaining pulp and juice. There are two cleaning brushes provided with the Hurom juicer HH-11 model and one of the brushes has a detachable smaller brush to get at difficult to reach areas. The new drum and augur design makes it easier to clean with less residue after juicing. Guide markings on the drum and strainer facilitate effortless assembly and disassembly of each part of the machine. 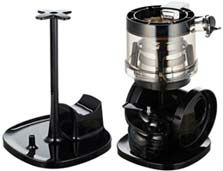 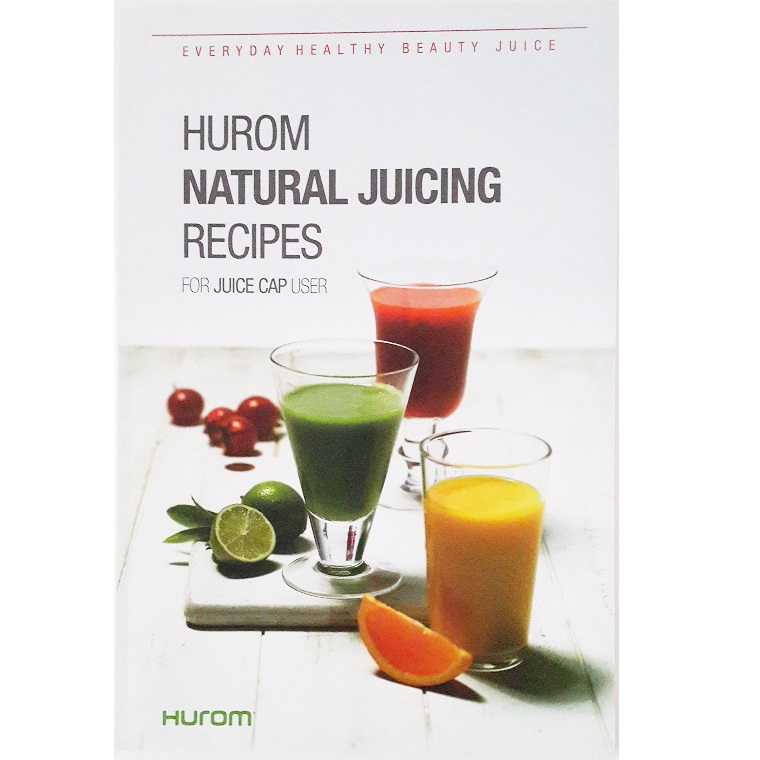 Renowned for their ease of use, speed of juicing and quality build; Hurom Juicers are ideal for those looking for a time saving, easy to use masticating juicer.  Traditional slow speed horizontal masticating juicers have a much smaller surface area on the juicing strainer which somewhat restricts the juice extraction process. Hurom changed that by inventing the vertical juicer and moving the juicing mechanism to the top of the juice extractor and using a strainer with a larger surface area which results in the juice passing through much quicker after it has been juiced. Hurom juicers can produce a litre of juice in about half the time it takes in traditional horizontal machines.

In the past customers who have been frustrated by the slow speed of horizontal masticating juicers have opted for centrifugal juicers however high speed juicers oxidise the juice quickly resulting in poorer nutritional value, very little enzymes and no storage value, however with the new Hurom Juicer HH 11 2nd Generation Elite you get the benefit of much faster processing times with juice that can be stored for 48 hours with minimal loss of nutrients.

Another benefit to having the juicing mechanism at the top of the juicer means the produce you feed in pretty much self-feeds as the squeezing screw draws the produce in, eliminating the need to use the food pusher with anything but leafy greens. Hurom Juciers are excellent for Juicing vegetables, fruits and larger leafy greens, however if you plan on juicing a lot of wheatgrass then we would recommend a horizontal masticating juicer instead such as a Samson, Omega or Greenstar Juicer.

Statement by the jury of Reddot 2013 - This juicer features an innovative construction that optimises handling. Its technology enables users to make juices, ice smoothies and even baby food. Gradation markings on the drum surface allow accurate measuring of the desired amount of juice. The juicer can be cleaned easily and quickly. Marks on the drum and strainer facilitate effortless assembly and disassembly of each part of the machine. Its overall appearance is defined by curved smooth surfaces and an easy-to-reach handle that harmonises with the body shape. The operation switch is easy to handle because of its form and size. The juicer is characterised by a high degree of functionality. Both the materials used and the feature details lend it a robust appearance.